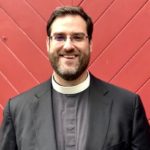 Father Justin has been the Rector (senior pastor) of St. Paul’s, Ivy since 2018. Prior to this role, he served as the Rector of historic Leeds Episcopal Church in Fauquier County, and before that as the Associate Rector of St. Thomas’ Episcopal Church in McLean, Virginia—his hometown. Justin is married to Elena, a math teacher at Henley Middle School, and they are the proud parents of three children: Joelle (9), Gabriel (7), and JP (3). Justin believes there is new, abundant life in Jesus Christ, and he is passionate about sharing this Good News in both word and deed. Find Father Justin in his office in Kirklea. Contact Father Justin at 434/979-6354 or send email. Mother Amanda joined St. Paul’s as Associate Rector in July 2019, shortly after graduating from Virginia Theological Seminary with a Master in Divinity degree. Amanda also serves as the Vice Chair for the General Convention Task Force to respond to the Opioid Epidemic. Amanda grew up in Texas and holds a Bachelor’s degree in Russian and Political Science from Texas A&M. She is married to Andrew, and their children are Ben and Levi. Amanda is passionate about encouraging discipleship in Christian community and believes that the amazing grace of God can be found beyond measure in the sacraments and the body of Christ, the Church. Find Mother Amanda in her office in Kirklea. Contact her at 434/979-6354 or send email.

The Rev.  Richard A. Lord
Assistant Rector for Congregational Care

Father Rick recently retired from Church of the Holy Comforter in Vienna, Virginia after serving as Rector for 22 years. A native to the Washington D.C. area, Father Rick has served as Rector of parishes in the Dioceses of Virginia, Connecticut, and Pittsburgh since his ordination to the priesthood in 1981. He is a graduate of the Catholic University of America, Virginia Theological Seminary, and Yale Divinity School. He has served in the Diocese of Virginia as Chair of the Liturgy Commission (2007 – 2015), and as a member of the Board of the Compass Rose Society, which supports the work of the Archbishop of Canterbury and the Anglican Communion.  Father Rick and his wife Debbie have been married for 39 years and have three grown children and five grandchildren. Three of their grandchildren live close by in Charlottesville. Father Rick has an undergraduate degree in music performance (classical guitar) and enjoys pursuing his love for the instrument and its repertoire as much as possible. Find Father Rick in his office in Kirklea. Contact Father Rick at 434/979-6354 or send email. 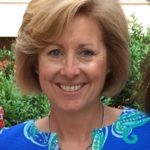 Audi Barlow has been involved with the children’s programs at St. Paul’s, Ivy since first attending in September 2003. She came on staff in May 2009 as the children’s formation leader. In July 2016 she became the Director of Children and Youth Formation. She is married to George ‘Cricket’ Barlow and they have three daughters, Sarah, Kate and Emily. A graduate of Mary Baldwin College who’s first career of 15 years was in undergraduate college admissions, she also taught preschool for three years and has dabbled in retail. A life-long Episcopalian, Audi considers it a blessing to combine her faith with her interest in children and youth. Find Audi in her office on the lower level in the SPIES classroom. Contact Audi at 434/979-6354 or send email. Mary provides administrative support to the clergy, staff and parishioners of St. Paul’s, Ivy. She maintains church records, the church calendar and coordinates the use of the facility. Mary also assists with property management in conjunction with the Buildings & Grounds committee. Mary joined St. Paul’s, Ivy in 2013, previously working as an office manager at UVIMCO and Battelle Memorial Institute. Find Mary in the Parish Office in Kirklea. Contact Mary at 434/979-6354 or send email.